By Newsroom on January 31, 2018Comments Off on Pepsi Is Turning Two Iconic Super Bowl Ads Into Virtual Reality Experiences

Pepsi is creating a virtual reality experience that places viewers inside two iconic Super Bowl ads, according to multiple sources. The effort is part of the brand’s broader Super Bowl campaign across digital and linear channels. 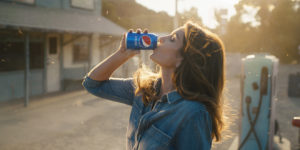 The spots featured in the VR experience will include Cindy Crawford’s famous 1992 ad, which shows two adolescent boys ogling not Crawford, but a can of Pepsi, and another from 1998 featuring Jeff Gordon in which the former race car driver races around a track while simultaneously trying to reach for a Pepsi can in his car.

According to a source familiar with the project, Pepsi partnered with Google to create VR activations where people can insert themselves into the ads.

“Basically, you’re able to insert yourself into the video and see what they see as though you were the car driver, etc.,” according to the source.

It’s unclear exactly what Pepsi has planned, whether it’s a VR area outside of Minneapolis’ U.S. Bank Stadium, inside the perimeter or during its own halftime show. However, the company already announced plans to run a 30-second spot recreating Crawford’s ad. 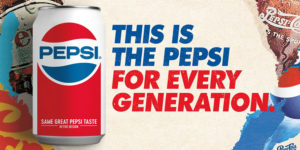 It isn’t the first time a PepsiCo brand has created a VR experience. Earlier in January, at the Consumer Electronics Show, Gatorade previewed a VR game featuring Peyton Manning that will debut in February.

Pepsi’s marketing division has had its ups and downs over the past year. Brad Jakeman, the former president of PepsiCo’s beverage group, stepped down in October to start his own consultancy. Pepsi was his first client. And in April, Pepsi came under fire for what many called a ‘tone-deaf ad’ that co-opted the Black Lives Matter protest.