Pepsi, the official sponsor of the Super Bowl XLVIII Halftime Show featuring Grammy award winning artist Bruno Mars and the Red Hot Chili Peppers, created a bright moment for both fans in stands and tens of millions watching around the world to kick-off the Pepsi Halftime Show.

More than 82,000 fans literally lit up MetLife Stadium to hype the most watched entertainment broadcast of the year, and more than 200 million more took to social media about Pepsi’s #Halftime.

According to Twitter, there were 2.2 million tweets during the 12.5 minute Pepsi Super Bowl Halftime Show, of which a quarter of tweets were Pepsi #halftime.

Super Bowl advertiser Pepsi placed its in-game, :30 introduction, “Soundcheck NYC,”  just prior to halftime to hint at what was to come to viewers at home before revealing what the more than 82,000 screaming fans in the stands witnessed:  a light show and Bruno Mars and the Red Hot Chili Peppers’ electrifying performance.

Created by Mekanism, the spot was a tribute to New York City with a clever musical twist.  Pepsi is “soundchecking” NYC to get ready for the biggest concert of the year: The Pepsi Super Bowl Halftime Show. 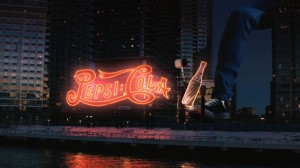 From strumming the Manhattan Bridge, playing the Guggenheim “drums”, mixing levels on a NYC subway train board, turn-tabling Columbus Circle, lighting up the Empire State building, highlighting the iconic East River Pepsi-Cola sign, and ending up at MetLife stadium, Pepsi’s hometown and Super Bowl host city was transformed into musical instruments which hit a high note for getting fans hyped for the Halftime Show.

The “Soundcheck NYC” was the culmination of the brand’s month long “Get Hyped for Halftime” campaign. Through paid, owned and earned media, Pepsi expanded its sponsorship and advertising for the Super Bowl for the longest duration in the brand’s history and more so than any other Super Bowl 2014 advertiser.

From play-offs to postgame, here’s what got America most hyped:

In addition to Mekanism and Motive, Pepsi’s “Get Hyped for Halftime” campaign was supported by Scratch, The Barbarian Group, OMD, Weber Shandwick, PMK-BNC, Davie Brown Entertainment, TracyLocke and Track.