By Newsroom on March 5, 2018Comments Off on Steinlager Pure Commends Pioneering Kiwis in Latest ‘Keep It Pure’ Campaign via DDB NZ

Steinlager Pure has launched a new TVC under the successful Keep it Pure campaign platform by DDB New Zealand.

The inspiration for this latest Keep it Pure instalment was drawn from New Zealand’s strong legacy of pioneership and the idea that pioneers don’t compromise. 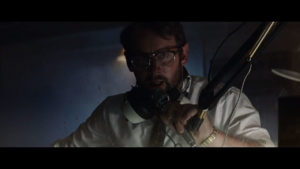 Picking up the baton from his father, Zane Lowe holds an international profile as a respected Radio DJ, Live DJ, record producer and television presenter, a career he believes would not have been possible without the inspiration gifted to him through the commendable acts of his dad and his mates.

DDB ECD Shane Bradnick says the new film raises a glass to pioneers who Keep it Pure, making it possible for future pioneers to make a difference.

Bradnick said: “We really wanted to convey an exciting true story of classic Kiwi pioneer-ship, something inspiring and relatable to all New Zealanders. The DNA connection between Zane and Derek highlights the idea of Keeping it Pure paving the way for future generations.” 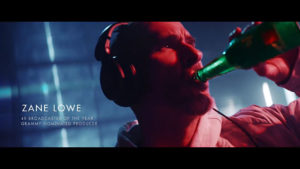 The film follows four self-proclaimed crazy bastards, so dedicated to Rock ‘n’ Roll that they took to the seas, hazarding a shipwreck for the right to broadcast in 1960’s New Zealand, a time in which the Government dictated what could be played on air.

Michael Taylor, marketing manager at Lion says the spot is an exciting evolution of the Keep it Pure platform, and he’s thrilled to celebrate a group of Kiwis who refused to compromise.

Taylor added: “When Steinlager Pure launched it was a pioneering new beer underlined by a simple promise: four ingredients, no compromise. We’re proud to celebrate Kiwis who epitomise that ideal.”