By Newsroom on March 25, 2015Comments Off on Tecate Light and Saatchi & Saatchi New York Unleash the Black Eagle

Tecate Light, cervezas con carácter, launched its latest advertising campaign, ‘Born Bold’. The campaign will run for the next 42 weeks and includes radio, OOH, PR, immersive digital and #BornBold social activations in Spanish and English, and for the first time ever, the Black Eagle will take flight on local English broadcast TV.

In introducing “Born Bold,” the brand is taking its iconic Black Eagle and putting it at the center of a campaign touting a full-flavored light beer that is worthy of the hunt.

“There are 21 million bi-cultural Hispanics in the Sunbelt who are confident and fluid in their Mexican and American duality – meaning they’re equally comfortable living in both worlds,” said Max Skowron, senior marketing director, Tecate. 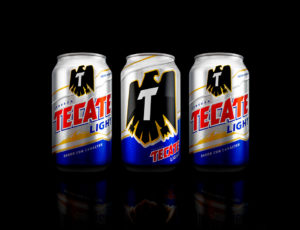 “Our demographic embodies the Black Eagle; they were born with real swagger, and because of Tecate Light’s superior flavor and strong personality, we will be bold in our campaign to become their beer of choice.”

The campaign approach represents how bi-cultural men, and Tecate Light, were born with something extra. And, when combined with a major increase in spending from 2014, it is primed to accelerate the brand’s growth and solidify its place as the fastest-growing, best- tasting premium light beer in the U.S.’ Sunbelt states.

In the 30-second and 15-second TV spots, created by Tecate Light with Saatchi & Saatchi NY, viewers are introduced to the Black Eagle used as a metaphor for the demographic. Both “Apartment” and “Work” take different paths to showcase the values, character and friendships of the Black Eagle, as well as, his never-ending hunt for the bold flavor of Tecate Light.

Saatchi & Saatchi NY’s chief creative officer, Jay Benjamin notes: “Tecate Light is a brand that has a natural place in New America. The Born Bold campaign recognises the boldness of our audience and we’re excited to see where the Black Eagle flies.” 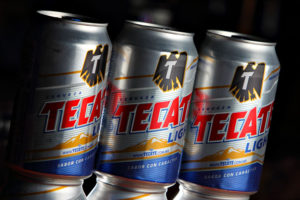 To complement its ongoing social engagement strategy, Tecate Light will release an eight-part episodic video series called “One Bold Night.” Here, online viewers will follow the Black Eagle through an incredible story where him and his crew experience the most extraordinarily epic night ever.

Later in the year, the Black Eagle will also be on the hunt for the boldest moment of the year for bi-culturals and create a new holiday in a major media market for fans to celebrate that little something extra.