By Newsroom on July 25, 2018Comments Off on The Balvenie and Michel Roux Jr. Host the Final Craftsmen’s Dinner Series

The Balvenie launches its final installment of The Craftsmen’s Dinner. This year, the series of short films, hosted by renowned Michelin starred chef, Michel Roux Jr., takes place at The Balvenie Distillery in Scotland, where Michel gets sparks of inspiration from the craftspeople behind the whisky.

Spending a week at the distillery, Michel aims to understand the elements of craft which go into The Balvenie, and meets three expert craftspeople who shape the whisky as we know it.

Firstly, John Evans, Maltman, whose team is in charge of taking care of the barley, turning it by hand and operating a working floor maltings, one of only a handful left in Scotland. Secondly, George Singer, a coppersmith who maintains the copper stills where the essential process of distillation happens. Finally, Kelsey McKechnie, Whisky Technologist, who monitors the maturation, flavour and blend of the whisky until it’s ready to be bottled. 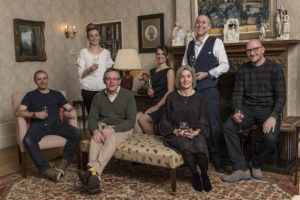 Throughout his experience, Michel is inspired by the pursuit of excellence by each craftsperson and realises the similarity with his own ethos in the kitchen. Michel doesn’t believe in “cooking by numbers”, he uses his senses, skills and experience to perfect the taste in his dishes, the same way the craftspeople use their classic techniques to create The Balvenie. From tending to the barley, to blending and maturing the whisky, the series highlights that each stage in the process is integral to the taste. Michel’s key take out is that true craft needs a human touch. 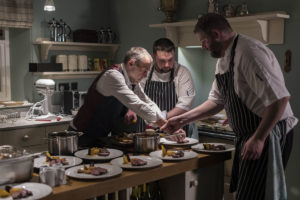 Michel Roux Jr. commented: “I have been involved with The Balvenie whisky over the past few years as I want to seek out craftsmanship in new places and bring people’s attention to it. As craftspeople we feed off each other’s passions and by immersing myself in George, Kelsey and John’s crafts I have truly been inspired. We live in an increasingly fast paced world, technology is thriving and amazing innovations result from this, but craft is one thing I believe will never be replaced by machines. A human touch and staying true to your roots is important and once you understand the level of commitment that goes into making The Balvenie, you will begin to understand what makes it so great.” 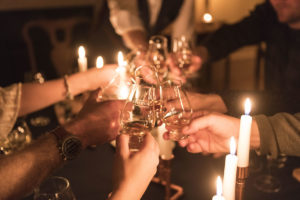 The series concludes with the three-course ‘Craftsmen’s Dinner’ hosted at The Balvenie House and curated by Michel Roux Jr., with the menu inspired by The Balvenie craftspeople. The delicious dishes show the magic of bringing different crafts together and includes fermented barley miso, roasted venison smoked with woodchips from the casks in the cooperage and passion fruit soufflé with white chocolate ice cream, served in beautiful copper pots lovingly handcrafted by George Singer. 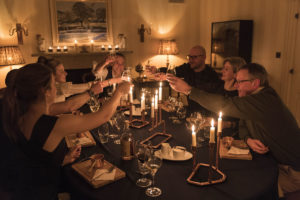 Alwynne Gwilt, The Balvenie UK Brand Ambassador, added: “It’s been a pleasure working with a true craftsman like Michel these past few years. His dedication to cuisine mirrors our dedication to perfection in whisky making. This final series, set at our spiritual home during the beauty of winter, really brings to life the commitment, hard work and dedication of our skilled craftspeople who make The Balvenie the best it can be all the year round. It has been a pleasure to share the different crafts behind the whisky with Michel and now with viewers worldwide.”

The Balvenie and Michel Roux Jr. Host the Final Craftsmen’s Dinner Series added by Newsroom on July 25, 2018
View all posts by Newsroom →