By Newsroom on May 25, 2018Comments Off on The FAB Awards Mark their 20th Anniversary with a Day of FABulous Celebrations 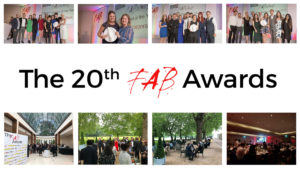 Celebrating their 20th edition, The FAB Awards treated their attendees to a day bursting with glitz, glamour, creativity and of course food and beverage!

The beautiful and exclusive Hurlingham Club in London, was once again the stage for The FAB Awards Ceremony, where guests were spoilt with cocktails, a delectable three-course dinner and an award or two.

Successful design, creative and effective work was showcased to the audience on the night, and the teams behind them presented with their prestigious trophies – be it a Grand Prix (FABulous), a Gold (FAB) or a Silver Award.

The recipients of the highest prize (FABulous Award) on the night, were as follows: 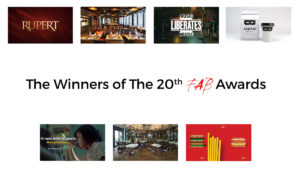 FABulous Award across all Design categories: 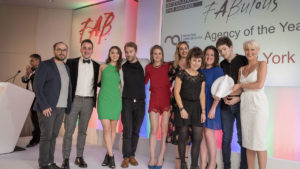 BBDO New York retained their FAB Agency of the Year title from last year. They had a whopping 18 nominations in the show, winning nine silvers, nine FABs and a FABulous Award as well. In fact, it turned out to be a great night for BBDO Worldwide, with AMV BBDO and BBDO India also walking away as winners.

Greg Hahn, Chief Creative Officer BBDO New York said: “Historically some of the best work in advertising has been done in the FAB category, so it’s always a thrill to see our work awarded. It’s especially rewarding when it happens for seven different clients.” 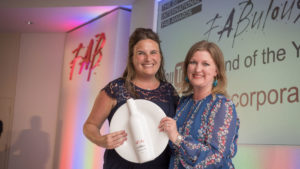 Much of BBDO’s success came for brand owned by Mars, Incorporated, and that played a big role in them walking away with The YouTube FAB Brand of the Year honour.

The Food and Beverage giant had a phenomenal 13 nominations across the various categories, winning five silvers, eight FAB Awards and a FABulous on the night.

Andrew Clarke, Chief Marketing Officer at Mars, Incorporated said: “We are deeply honored and delighted to receive this prestigious award for the third time.”

A First for FAB in 20-Years 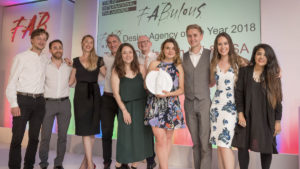 It was also a day for firsts for The FAB Awards, as both Turner Duckworth and Design Bridge were named joint winners of the FAB Design Agency of the Year Award during The 20th FAB Awards Ceremony.

Neither design agency could be separated with both bagging a FAB Award and three silvers out of their four nominations on the night.

Design Bridge were honoured for their ‘Florentines’ packaging design for Fortnum & Mason, while Turner Duckworth took home the plate for their ‘Subway’ brand redesign. 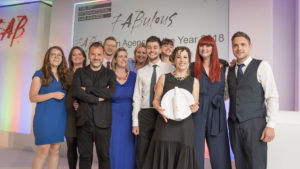 Design Bridge also won the inaugural FAB Choice Award, which was jointly sponsored by Mindlab and Link Consumer. This year, all designs that won either a Silver or a FAB Packaging Creative Award were automatically entered into the running for The FAB Choice Award.

Mindlab then conduct a series of implicit tests to determine which of the designs performed most strongly and, through analysis, Design Bridge’s ‘Choose Love’ project for Smirnoff was deemed to be the winner. One thousand respondents took part, representing a cross section of the British public. 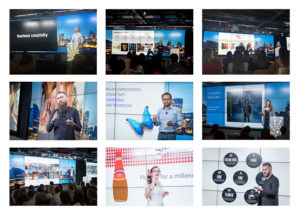 Once again, this FABulous day was kicked off by The FAB Forum, which was again sponsored and hosted by YouTube in their St Giles High Street venue.

The Forum brought together brands, creatives, media and tech to shine a light on thought leadership and innovation from the Food & Beverage industry. This year in particular dealt with topics such as the future of food, sustainability, customer loyalty and creative opportunity for programmatic.

Other Key Winners of The 20th FAB Awards:

Best Use of Media:

A full list of the various Finalists and Winners of The 20th FAB Awards can be seen here.

The FAB Awards Mark their 20th Anniversary with a Day of FABulous Celebrations added by Newsroom on May 25, 2018
View all posts by Newsroom →