By Newsroom on May 9, 2017Comments Off on Tiger Beer Establishes Itself as the ‘Beer with Bite’ in New Global Campaign 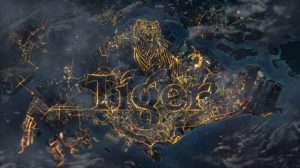 Tiger Beer has launched itself as the ‘Beer with Bite’. Brought to life through a series of 30 and 15 second films created in partnership with Marcel, Sydney, the brand tells the story of the bold attitude and bold flavour behind this bite.

You can view the films here, here, here and here.

From the invention of tropical lagering in 1932, to the use of solar power to brew every bottle at its Singapore brewery, Tiger shares how a bold attitude led it to challenge brewing conventions. It’s this attitude that has made a refreshing beer with bite even possible in the heat of Asia. 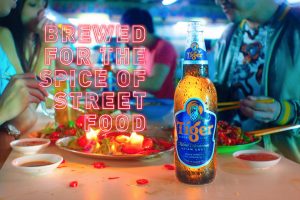 When it comes to bold flavour, Tiger shows how it embraces the intensity of the streets it has made its home. Refreshing against the heat of the streets, Tiger’s full-bodied flavour still manages to hold its own and is a true match for the spice of street food.

Mie-Leng Wong, global brand director of Tiger Beer at Heineken said: “It was important to ensure that we capture and visualise the brand’s character in the films and establish Tiger as the ‘Beer with Bite’. Tiger’s ‘bite’ is a truth not only of our flavour but of our attitude as a brand. Tiger embodies the vibrant energy, attitude and bold creativity of the streets of Asia. That unconventional spirit that has been at the heart of our brewing and created a beer that is both refreshing and full-bodied at the same time.” 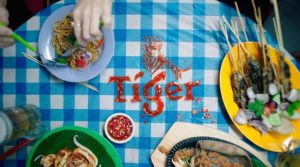 Scott Huebscher, ECD, Marcel said: “Much of Tiger’s power as a brand comes from its visceral street origins, so we started there and stayed there. We wanted to create films that didn’t just tell you about Tiger, they pulled you out your seat and slammed you down in Asia.”

To capture the feeling of the streets of Asia first hand, Matt Devine of Revolver shot the spots on location in Singapore. Tiger also partnered with up-and-coming French music composer and producer Mika Abadie who responded to a blind brief with a unique musical energy.

Alongside the films, a collection of key visuals proudly hero the bottle and launch the brands new look. These executions then come to life at the beginning of each film, creating a through the line story of our credentials.

Tiger Beer Establishes Itself as the ‘Beer with Bite’ in New Global Campaign added by Newsroom on May 9, 2017
View all posts by Newsroom →