By Newsroom on May 19, 2014Comments Off on Tuborg Launches New ‘Always Say Yes’ Global Campaign

Tuborg beer is launching a brand new global marketing campaign called ‘Always Say Yes,’ building on the cultural ‘FOMO’ trend, or ‘Fear of missing out’, and encouraging a positive attitude.

The campaign is a fully integrated, 360 degree campaign, encompassing a new TVC, out of home print campaign, digital and point of purchase for the on- and off-trade.

‘Always Say Yes’ is the new global campaign for the brand reinforcing an image transformation that took place in 2012 and is seen as an important strategic move as the brand looks to build stronger links with its target consumers’ lifestyles.

Positioning the beer as the brand for the ‘relentlessly curious,’ Tuborg’s new campaign uses the hook: ‘Never miss out. Just say Yes.’  The integrated campaign will use touch-points throughout consumers’ everyday life to reiterate the ‘Yes’ attitude to life.

The TVC dramatizes a man’s decision making journey about whether or not to go out, and in a stylised and surreal way, his thoughts are brought to life in scenes of the most spectacular party, as he imagines that the party he’s said ‘no’ to turns out to be the party of his life. The message is clear – always say ‘Yes!’ 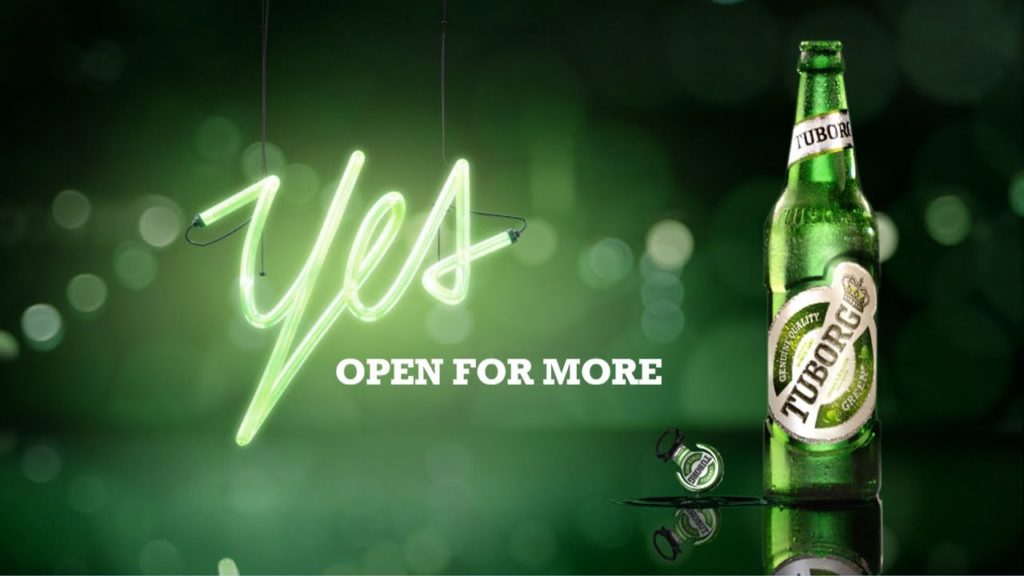 As with all Tuborg activity, digital will play a significant role in the campaign. Characters from the TVC will be personified in social media and consumers will be able to interact with the content which is encouraging users to say ‘yes.’

“It showcases those moments that we know our consumers don’t want to miss out on. Tuborg is encouraging a positive attitude amongst our consumers by demonstrating the possibilities of saying ‘Yes!’

The campaign was created by Amsterdam-based agency, Sid Lee, which was appointed last year.  This is the first Tuborg campaign from the agency, which also works on another Carlsberg Group beer, Kronenbourg 1664.

The multi-million Euro campaign will launch online in middle of May and be implemented in markets in Western and Eastern Europe.

Tuborg is available in over 70 different countries. Globally, the brand demonstrates strong performance, growing and expanding its footprint, especially in Asia.