By Newsroom on February 15, 2017Comments Off on Volvic Continues UK Partnership with Disney on Kids Range 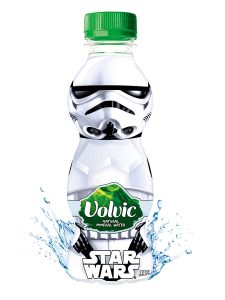 Volvic, the water brand from Danone, is set to continue its UK partnership with Disney, and has introduced new branded collectable water bottles and multipacks designed with popular Disney characters featuring Star Wars, Disney Frozen and Disney•Pixar’s Cars across its kids range. The collaboration, which first launched in 2015, aims to encourage families and children to develop healthy hydration habits by making drinking water more fun.

The mascot bottles are available in five characters including Darth Vader and a stormtrooper from Star Wars, and Anna, Elsa, and Olaf from Disney Frozen. Targeted at children and parents on-the-go, the small singles format can be purchased from Asda and independent retailers UK-wide. The mascot bottles will sport changing seasonal designs and introduce new Star Wars and Disney Frozen characters throughout the year to keep kids engaged and excited. 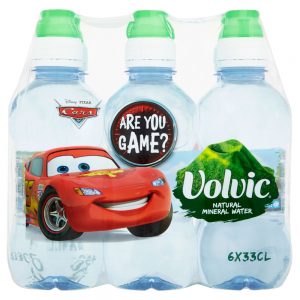 The range also includes multipacks for consumption at home and on-the-go, and are available in 6x33cl packs featuring eye-catching designs from animated blockbusters Disney Frozen and Disney•Pixar’s Cars. Available from Tesco, each individual Volvic Kids multipack bottle will have a fun challenge on-label, such as “Hug five of your friends as quickly as you can.”

“This offers a huge opportunity for retailers,” explains Ellen Elsby, Volvic Brand Manager. “Consumer appetite for bottled water is growing, however, at the same time we know that as much as 60% of children in the UK don’t drink enough water, and only 7% of lunchboxes contain water. 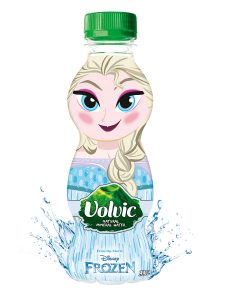 The continuation of our partnership with Disney is set to make healthy hydration fun and encourage families and children to go for water as their first choice of drink. When we first launched our partnership with Disney in 2015, we saw a sales uplift of +18.9% during the activation, so we know it works. This is why we encourage retailers to stock up on the Volvic Disney Mascot bottles and look out for the changing designs throughout the year.”

Volvic Continues UK Partnership with Disney on Kids Range added by Newsroom on February 15, 2017
View all posts by Newsroom →