By Newsroom on May 15, 2018Comments Off on Weetabix Hands Three New Vans Over to Retailers Following Competition 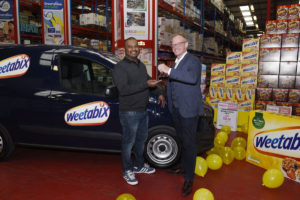 Weetabix has announced three winners of its ‘Win a Van’ competition which ran for six weeks at the start of 2018 in Bestway, Landmark and Today’s Group wholesale depots. 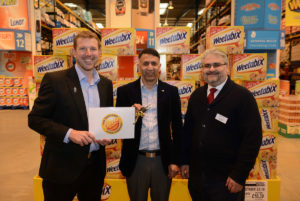 Darryl Burgess, Head of Sales for Weetabix, said: “We’re committed to supporting the independent trade. This promotion really helped us to give back to wholesalers and retailers, while keeping Weetabix front of mind for our customers. We chose this promotion because a van is a bit more personal, and we knew from our research it was a prize retailers wanted to win. It’s really helped us to drive noise with the buying groups, their members and the end customer. The campaign has also helped to sell more of the Weetabix Food Company range so our wholesale partners have seen strong sales across our products as a result. 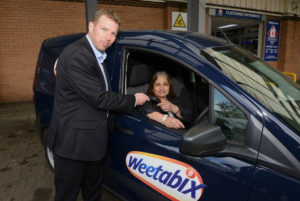 Sukminder Sangera owner of Knowl Hill Stores and customer at Today’s Dhamecha Cash & Carry in Hayes, said: “It’s going to be a great help for my store and I’ll be able to fit a lot more stock from the wholesalers in the van rather than in my car! My store is a key hub for the local community and Weetabix is always a popular staple of my breakfast shelves.”

Abdul Ghafar, owner of Saver Express Dudley and customer at Bestway Oldbury, said:“Competitions provide a great opportunity for retailers to learn more about the products they stock. The van will certainly be an upgrade on my current vehicle and will be a big help with my trips to the wholesaler.” 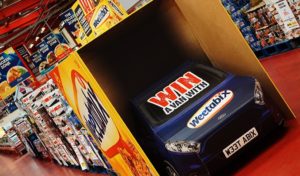 Jeysith Perinparasa, employee at Newton Off Licence, Widnes and shopper at Parfetts (Landmark), Aintree said: “It was a really good promotion. I don’t very often enter them, but this one really stood out. Weetabix always sells well in my store, so it’s a double win really.”

The Weetabix Win a Van Campaign was nominated in the ‘Wholesale’ category at the Popai Awards 18, which showcase those dedicated to achieving excellence in-store.

Weetabix Hands Three New Vans Over to Retailers Following Competition added by Newsroom on May 15, 2018
View all posts by Newsroom →