By Newsroom on May 31, 2017Comments Off on WWF and Tiger Beer Embark on a Global Partnership to Help Double the Number of Wild Tigers

Tiger Beer is embarking on a six-year global partnership with the World Wildlife Fund (WWF), starting with a USD 1 million donation to support the organization’s tiger conservation efforts. 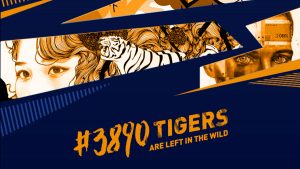 The partnership will also see the launch of a digitally-led global awareness campaign – 3890Tigers – that uses the power of art and creativity to increase awareness and inspire action against the greatest, most immediate threat to the species worldwide – illegal tiger trade.

Once found in diverse habitats across Asia, the world’s wild tiger population has shrunk by an alarming 96 percent in the last century due to illegal tiger trade, poaching and habitat loss. Today, the world is at risk of losing this iconic species completely, with as few as 3,890 tigers remaining in the wild.

In 2010, the world’s 13 tiger range countries convened and launched Tx2 – a global commitment to double the world’s wild tiger population to over 6,000 by 2022. The most ambitious and visionary species conservation goal to date, Tx2 sees WWF working with all the respective governments and the wider global community to implement innovative conservation efforts to safeguard this endangered species. 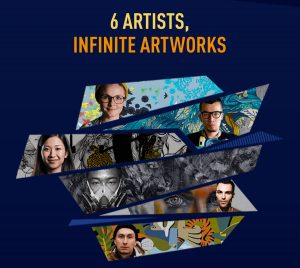 “Wild tigers are more than just a majestic species. As a predator at the top of their food chain, they are an indicator of the health of the ecosystems we all depend on. The Tx2 commitment is the best chance we have at securing the future of wild tigers and their habitats – tigers may never get such a chance again, and neither may we,” said Mike Baltzer, Leader of WWF Tigers Alive.

To support the Tx2 global commitment and ensure the species continues to inspire future generations, Tiger Beer aims to raise global awareness of the plight of wild tigers.

“It is an honor for us to partner with the WWF to help raise global awareness and make demand for products with tiger parts socially unacceptable. Tigers are more than just an emblem of our brand; they symbolize strength, courage and power. More importantly, they are significant cultural icons and a source of creative inspiration for the many artists Tiger Beer champions and supports through its activities. As Asia’s premium lager bearing the name of this majestic creature, we are taking it upon ourselves to fight for the survival of the world’s remaining 3,890 tigers and plan to use the power of art and creativity to lend a fresh perspective on the issue,” said Mie-Leng Wong, Global Director at Tiger Beer, Heineken Asia Pacific. 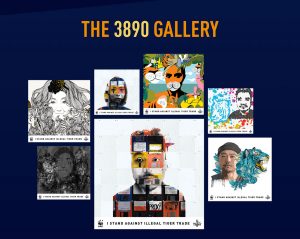 To drive home the urgency of the situation, Tiger Beer will be introducing a limited-edition design on select Tiger Beer packaging that sees the iconic tiger removed from the brand’s logo for the first time in 84 years to raise public awareness of the shocking population decline and inspire collective action to help fight illegal tiger trade.

The rise in demand for tiger parts has decimated wild tiger populations in areas where they used to roam. From skin and bones to whiskers and teeth, practically every part of the tiger is exploited in the black market to make products such as traditional medicine and ornamental items. Fuelled by criminal syndicates and driven by demand for status symbols or perceived miracle cures, tiger trade is a key part of the illegal wildlife trade, which makes up the fourth largest global illicit trade after human trafficking, narcotics and counterfeits.

Consumer awareness and engagement on the issue is key in putting a stop to this serious threat to the species. Today, illegal tiger trade and the wider problem of wildlife trafficking reaches an estimated USD 20 billion per year.

“By working together with global partners such as Tiger Beer, we can mobilize the kind of public awareness and support we need for tiger conservation efforts. Through this campaign, we invite people to make their voices heard and take a stand against illegal tiger trade,” added Baltzer.

The 3890Tigers campaign launches May 30 and will run until July 29, Global Tiger Day.

WWF and Tiger Beer Embark on a Global Partnership to Help Double the Number of Wild Tigers added by Newsroom on May 31, 2017
View all posts by Newsroom →