By Newsroom on February 23, 2016Comments Off on 2016’s Pepsi Football Roster Introduces #BlueCard to the Global Game

Continuing its longstanding history of fuelling football passion around the world, Pepsi announced its 2016 global roster of all-star players. The Pepsi team, uniting thrilling international talent from top clubs, will spark excitement throughout the year with a new integrated global campaign, the Pepsi #BlueCard. 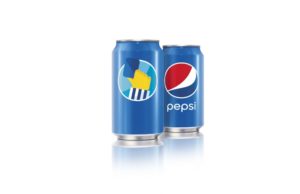 The 2016 global Pepsi football team will be featured in a variety of integrated campaign elements, anchored by a global television commercial (above) released on February 23. Bringing to life the Pepsi Blue Card, an unsuspecting pair of delivery drivers get the surprise of a lifetime as a pickup game with members of the Pepsi team breaks out in the most unexpected fashion.

“The Pepsi Blue Card was created to stop boredom in its tracks and unleash unexpected moments of fun,” said Carla Hassan, SVP, Global Brand Management, PepsiCo Global Beverage Group. “While the traditional red or yellow card might stop play, the Pepsi Blue Card signals that things are about to get exciting – which is a perfect kick start to the year for our iconic brand.”

The integrated effort includes a complementary app available for free download on the Apple App and Google Play stores beginningFebruary 23, as well as digital and social content, out of home and point of sale rolling out in markets around the world throughout the year.

The 2016 program builds off an exciting win: PepsiCo’s flagship brands Pepsi, Lay’s and Gatorade have joined forces with the prestigious European club football tournament, the UEFA Champions League, as an official sponsor. The UEFA Champions League Final is the world’s most watched annual sporting event. The 2015 final was aired in more than 200 countries, reaching an estimated 400 million viewers, with an anticipated average live match viewership of 180 million. 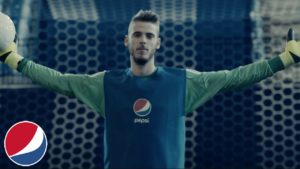 Alexis Sánchez: “Pepsi is one of the most recognizable brands associated with our great sport and it’s amazing to be a part of their global roster of footballers this year.”

Sergio Agüero: “I am excited to be partnering with Pepsi once again, and thrilled to have been selected as a member of the 2016 global team of footballers. I am looking forward to teaming up with Vincent, James, Alexis and David throughout the year to bring fun, unexpected opportunities to football fans around the world.”

David de Gea: “I’m thrilled to join the Pepsi football team for the first time this year. I’ve always been excited to see what the brand brings to our sport and fans – on and off the pitch – and I can’t wait to be a part of it.”

James Rodríguez: “I’m proud to be a part of the Pepsi global roster of footballers in 2016. It was a great experience working with the brand last year, and I am looking forward to teaming up with this year’s Pepsi team to bring unexpected, exciting opportunities to football fans around the world.”

Vincent Kompany: “It’s an honour to partner with Pepsi once again. This campaign is all about fun and a little bit of craziness that you can add to a moment. When you take out the Pepsi Blue Card everything changes – I think we all need that in our days.”

2016’s Pepsi Football Roster Introduces #BlueCard to the Global Game added by Newsroom on February 23, 2016
View all posts by Newsroom →