By Newsroom on March 27, 2014Comments Off on Lay’s to Launch Biggest Global Integrated Marketing Campaign in Brand’s History

The overall campaign includes television advertising, out-of-home, digital, in-store and point of sale executions in more than 60 countries, and Messi will be on the front of millions of Lay’s packages around the world. The Lay’s campaign launches in select markets beginning today with remaining markets airing the commercials in the coming weeks and months. 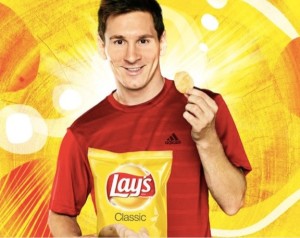 “We are thrilled to be able to deliver the first-ever global equity integrated marketing campaign for Lay’s,” said Cristina Kenz, Senior Marketing Director Lay’s Global, PepsiCo Global Snacks Group. “Lay’s is the world’s #1 snack brand and we now have a fantastic program that will unify the brand message throughout globe, using the universally beloved game of football as our foundation. As a passion point for spectators and participants alike, football is truly one of life’s simple pleasures and we couldn’t think of a better combination of the sport, its number one player, Leo Messi, and the amazing setting of Brazil to showcase the simple pleasures of Lay’s.”

The master brand commercial and centerpiece of the campaign “Messi Photo,” was shot over the course of three days in Rio De Janeiro, Brazil, and Barcelona, Spain. With the great taste of Lay’s potato chips at the center, the commercial builds off the insight that people enjoy pinching a Lay’s whenever they are near one. “Messi Photo” shows that not even a world-class footballer is can avoid his fans’ fingers.

“Messi Photo” follows Messi as he crosses the streets of Rio, encountering fans who are clamoring for photos and autographs. With the international hit “Balada Tchê Tcherere Tchê Tchê” by Brazilian superstar Gusttavo Lima providing the infectious backdrop, “Messi Photo” ends with Messi able to even the score and pinch his own Lay’s chip when posing for photos with unsuspecting Lay’s fans.

In select markets, those football fans will be prominent in their own right and feature a who’s who of global talent including William Levy (Mexico), Ahmed Helmy (Egypt), Cabral y Puya (Romania), Sergej Trifunovic (Serbia) and Iker Casillas (Spain).

“Football has given me much throughout the years, but above all it’s always given me immense pleasure to simply play the sport I love and enjoy the game,” said Leo Messi. “When I’m not playing, I’m spending time with family and friends often watching a match and enjoying a bag of Lay’s chips, so I’m thrilled to be part of this fun campaign.”

Expanding beyond master brand communications, Leo Messi will also appear in advertising for Lay’s Deep Ridged potato chips in some of the select markets where the new product is available.  As one of the most celebrated footballers of all time, Leo Messi and Lay’s Deep Ridged chips will come together for one extreme pairing in a commercial highlighting the epic flavor and depth of the chips.

Finally, Messi will again take center stage in a commercial for Pepsi and Lay’s – PepsiCo’s two global flagship brands who are both activating football programs in 2014. This commercial is the biggest global marketing initiative to feature both Pepsi and Lay’s products, and with football as a driver of awareness for PepsiCo’s food and beverage brands around the world, this campaign reflects PepsiCo’s broader strategy to combine the power of global brands, showcasing them better, together.

“Pepsi and Lay’s are two powerhouse global brands from PepsiCo, and football, with millions of passionate fans around the world, provides a tremendous platform to showcase how they can be enjoyed better, together,” said Lorraine Chow Hansen, President, PepsiCo Global Snacks Group. “We know that a refreshing Pepsi and satisfying Lay’s snack is the perfect pairing during many occasions in life and both are enjoyed together by fans across the globe. It is an honor to launch this collaborative campaign with Leo Messi, the world’s greatest football athlete, unlocking the concept in a compelling and fun commercial.” 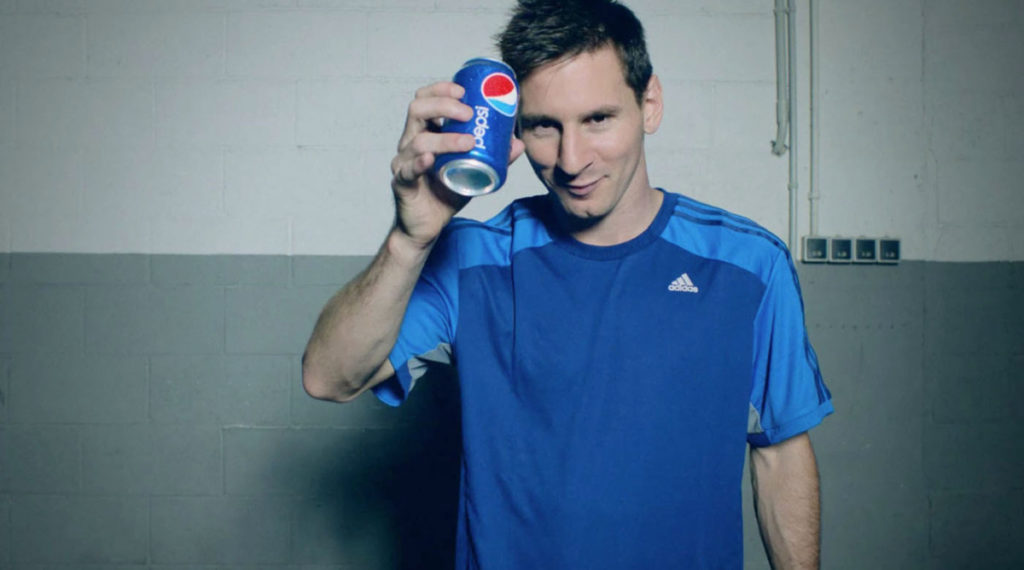