By Newsroom on May 24, 2016Comments Off on Olympic Athletes Go for Gold in Inspiring New Coca-Cola Film

Coca-Cola China this week unveiled its Olympics-themed advertising campaign that will lead up into this summer’s Rio Olympics. The campaign leverages global “That’s Gold” marketing platform of Coca-Cola by celebrating the human elements that really allow for everyone to have a “Gold Moment.”

“Our challenge was to redefine ‘That’s Gold’ in a way that would resonate with Chinese consumers,” said Richard Cotton, Head of Creative Excellence, Coca-Cola China. “We focused on humanising the athletes by bringing the Olympic story to life through values that that we can all relate with.”

In the research, Coca-Cola and McCann Worldgroup found that most Chinese consumers said that the moments they remembered most in their lives were always connected to loved ones and their devoted supporters. Those relationships are what make a “Gold Moment.”

Cotton continued: “Most of us can never achieve greatness on our own, least of all our Olympic athletes. In China we grow up surrounded by people who support us and motivate us. In fact with this campaign we wanted to remind people that the Olympics was not all about winning but also about human connections.”

Said Cia Hatzi, McCann Worldgroup Regional Business Director for Coca-Cola, “Gold is the moment we connect with the people who matter. The proud tears in our mother’s eyes, the hugs of our tireless fans, the people we win for, the moments we win for . . .these are the moments that are truly gold.”

The campaign debuts with two films that will run on both on TV and on digital platforms. The first POV spot reveals a vulnerable side to China’s Olympics heroes while also honouring their greatness. The second Anthem spot features ordinary people from different ages and backgrounds experiencing gold moments with their supporters.

Chinese Olympic Athletes that Coca-Cola China are sponsoring and are featured in the spots include: 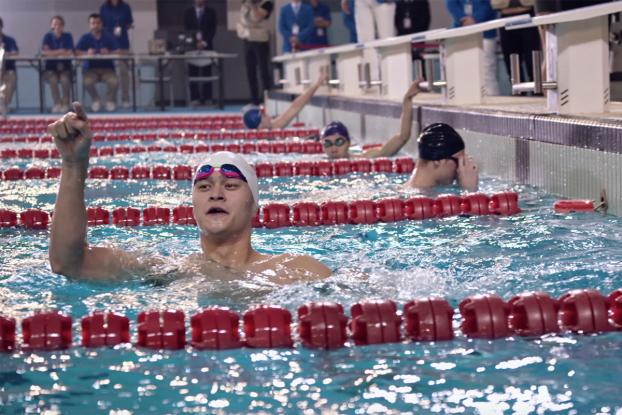 • Sun Yang who won the 400m and 1500m freestyle at the 2012 London Olympics, becoming the first Chinese male athlete ever to win an Olympic gold medal in swimming.

• Zhu Ting, the 2015 World Cup’s most valuable female Volleyball player. Lang Ping, known as the Iron Hammer to all Chinese and the most famous Chinese Volleyball coach.

• The 4 x 100m track & field team who won gold in the recent International Diamond League race and a Silver medal in the World Track and Field Championships in 2015.

Featured in the second spot is Lang Lang, one of China’s most famous pianists and world renowned as one of the greatest classical musicians. He is featured with his 87-year-old piano teacher Yafen Zhu who he cherishes and has always been there for him since he was 3. Lang Lang, who also composed the music for both launch spots, commented how the campaign echoed strongly with him as well. “Gold is not just about winning,” he says. “It’s also about sharing time with our loved ones.”

The China Olympic Campaign of Coca-Cola will consist of three phases where Gold Moments will also be amplified on digital, including one of their largest ever social campaigns partnering SNS Qzone with more than 640 million users.

“Nothing beats the simple pleasure of drinking a Coke with the people who matter most, whether you are an Olympian or a family man. It is those shared experiences that are real gold,” Richard Cotton added.

Olympic Athletes Go for Gold in Inspiring New Coca-Cola Film added by Newsroom on May 24, 2016
View all posts by Newsroom →