By Newsroom on September 2, 2013Comments Off on Pernod Ricard Preps Marketing Blitz to ‘Seize All Opportunities’ 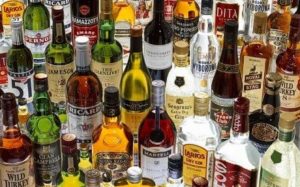 Pernod Ricard has signalled it is preparing a major push to reach more drinkers through humour and create excitement in wine after increased marketing spend in its last financial year buoyed a poor performance in Western Europe.

The Absolut maker revealed a “stability” in consumer spending in its core markets for the year to 30 June had led to early signs that demand for its brands in Western Europe was starting to improve. Western Europe sales declined 3 per cent year-on-year, however, it said marketing initiatives for Absolut, Havana Club and Beefeater had helped prevent further losses.

The drinks maker also revealed the performance of the Beefeater brand in the UK, following the gin’s biggest pan-European marketing push last year, had help secure “quasi-stability” in the UK market.

Advertising and promotion spend for the year totalled €1.6bn (£1.4bn), a 3 per cent year-on-year increase.

The company cited a raft of ongoing marketing initiatives across brands such as Ballantine’s, Martell and Chivas to pursue growth in the coming months. It is looking to bring more humour to the marketing for its Ricard spirits brand through a new ad campaign as well pursuing a wider push to broaden the appeal of its Jacob’s Creek, Deadbolt and Helan Mountain wine brands.

Additionally, the drinks maker revealed plans to use platforms such as mobile apps and Instagram to drive digital engagement. It also plans to invest in NPD for its Malibu and Absolut brands. Last month, Absolut revamped the branding of its range of flavoured variants, in a move Pernod Ricard described as “our biggest and most transformative design project ever”.

Elsewhere, Pernod Ricard revealed revenue jumped 4.4 per cent to €8.4bn (£7.2bn) for the year, driven by strong growth in the US, India and Asia. It said the performance was driven by the company’s premiumisation and innovation strategies, which delivered gains across its top 14 brands. These brands grew faster (5 per cent) than the group’s average (4 per cent) thanks in part to the performances of Jameson and Maretll in the white spirits category.

Pierre Pringuet, vice chairman and chief executive of Pernod Ricard, says: “Despite a less buoyant environment than that of last year, we achieved our guidance. Our global and balanced exposure to emerging and mature markets will allow us to seize all opportunities. We therefore remain confident in our ability to pursue our growth.”

Pernod Ricard’s rival Diageo posted a four per cent jump in sales for the year as demand in Western Europe stunted growth. It said the “strong positions” of top brands J&B, Guinness and Baileys in Western Europe had left them exposed to “market weaknesses” and vowed to reverse the decline through sales activations for its premium brands and plans to increase media spend across its portfolio.

Pernod Ricard Preps Marketing Blitz to ‘Seize All Opportunities’ added by Newsroom on September 2, 2013
View all posts by Newsroom →