By Newsroom on December 23, 2015Comments Off on Starbucks Kicks off China Digital Push with Tmall Store Launch 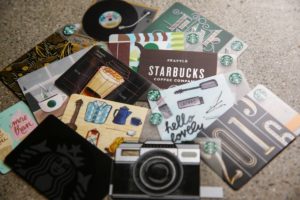 Starbucks is boosting its digital sales in China through an online store on Alibaba-owned Tmall, selling gift cards, coffee vouchers and personalised e-cards.

The store will give Starbucks an extension of its loyalty scheme in China, which the retailer believes will be its biggest international market in 2016, according to Investor’s Business Daily.

For Alibaba and Tmall, it’s a major global brand to add to a wider push for global options for its customers. It’s been adding brands such as Macy’s, Ocean Spray, Amazon and Costco to Tmall, increasing choice for Chinese customers.

Commenting on the announcement, Jie Jing, vice president of Alibaba, said, “With the rapid development of e-commerce, more and more global renowned brands are partnering with Tmall to bring to their customers a seamless premium experience, anywhere, anytime.”

The Tmall global website first launched in February 2014, allowing brands such as Kenko and Karen Millen onto the website.

In June Tmall announced a cross-border e-commerce initiative which saw 11 country-specific online stores being created, so that Chinese customers could search and buy products from the United States or Great Britain.

Starbucks Kicks off China Digital Push with Tmall Store Launch added by Newsroom on December 23, 2015
View all posts by Newsroom →