Walkers Crisps is pushing its Champions League marketing with Guerrilla advertising on the streets of Europe, using an undercover choir to surprise members of the public with a live rendition of the tournament’s famous theme tune. 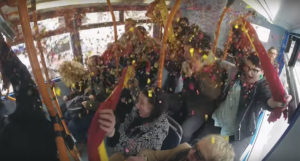 The PepsiCo-owned snack company took their ‘Choir of Champions’ to London, Munich and Madrid to get fans #GameReady as the tournament progresses onto the quarter finals stage.

Walkers filmed the undercover choir surprising members of the public on the streets, market places and buses of the three cities as they burst into seemingly impromptu renditions of the iconic song.

The 90-second ad says “You’re not #GameReady for the Uefa Champions League until you hear the anthem” and includes CCTV footage which captures the reaction of commuters on a London bus when they find themselves amidst the performance. 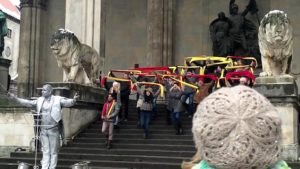 In Munich, a local ‘human statue’ street performer emerges as a choir conductor while in Madrid, a kiosk suddenly began blasting the tune and showering them with ticker tape and glitter.

Walkers’ long-standing brand ambassador, Gary Lineker, was also involved in campaign and helped spring the anthem on unsuspecting members of the public from a helicopter which was blaring the anthem.

“Spreading the Uefa Champions League anthem across London was a lot of laughs. I’m not the best of singers, but hopefully I did the anthem, and the choir, some justice,” said Lineker. 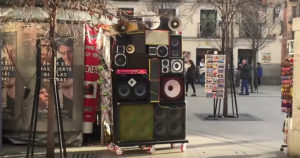 He added: “It took a lot of persuading and peer pressure to get me up in the helicopter given I’m not the biggest fan of heights, but that’s the commitment I have to get everyone game ready!”

Adam Warner, head of Uefa Champions League sponsorship, Walkers, said: “ It was great fun to see the ‘Choir of Champions’ use this to create spontaneous fun times together across the streets of Europe and that’s what Walkers is all about. We’re passionate about football and we wanted to share that passion with fans and get Europe and the world game ready in a fun and entertaining way.”