By Newsroom on February 1, 2018Comments Off on Budweiser and Anomaly Shanghai Launch Chinese New Year Campaign

Continuing to build upon the platform of “Thanking those who help me, be me”, this year’s film, entitled Marathon, focuses on the story of a young woman who chooses to forgo spending the new year with her family, and instead pursue her passion for running. Unbeknownst to her, they support her decision in their own way. 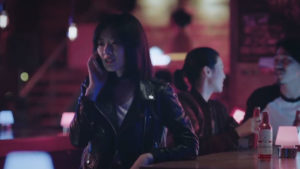 Last year’s film was one of the most viewed and discussed pieces of content on Chinese social media, garnering over 667 million impressions, ranking No. 1 for most-watched long commercials on Weibo, and generating 7 times more conversation on Budweiser than in the non-CNY period. It was the most popular film ever created by Budweiser China.

This year’s film premiered in NYC Times Square, on January 25 at 7pm.

Chinese volleyball team coach Lang Ping and her daughter Lydia Bai Lang were in attendance, perfect examples of this love-appreciation dynamics in a Chinese family. In addition, two of Budweiser’s young Chinese consumers will share their stories.

The campaign will be supported throughout the Chinese New Year period with a fully integrated campaign, spanning TV, OOH, digital, social, packaging and experiential media, to turn their first toast into a toast of thanks. This year’s campaign will continue to build the “double clink” ritual which was introduced last year as a way to express your thanks more meaningfully.

our film portrays the story of a marathon runner,” said Elvis Chau, Partner and ECD at Anomaly Shanghai. “It is in fact a universal story that expresses an underlying tension – many young Chinese people keep their communication with their parents to a minimum, because they think their parents don’t really understand who they are. Deep down, however, they know that their parents are also the ones who would support them unconditionally. With the continuation of this campaign platform, we hope that Chinese New Year reunions can become more than an occasion to get together, but an opportunity to express our appreciation to those who support us to be who we are.”

“More and more people are breaking the traditional limits and bravely pursuing their dreams. They might fail, however, to notice that their parents are always supporting them,” said Matt Che, Marketing VP of AB Inbev APAC North, “We encourage Chinese people worldwide to cherish this Chinese New Year as an opportunity to open their hearts, and show their appreciation in their own way.”