By Newsroom on September 2, 2016Comments Off on Grey Goose Sponsor Andy Roddick’s US Open Periscope Livestreams 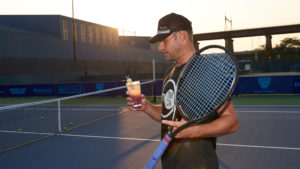 If you want to listen to Andy Roddick as he Periscopes the U.S. Open during the tournament, Grey Goose vodka and Chase are making it happen for you.

Roddick, who won the New York-based tennis championship in 2003 but has since retired, will tweet from his Twitter account with the #USOpen hashtag to push tune-in for the livestreaming. The effort from the brands is part of a larger ad buy that includes promoted tweets and Twitter Amplify preroll. It marks the first time Periscope has been rolled into a campaign supported by Amplify, Twitter’s system for including timely videos from events into branded tweets.

Viewers should expect “thanks to Grey Goose” and “thanks to Chase” mentions from Roddick during the Periscope viewing experience. It will be interesting to see whether Roddick imbibes with a few Honey Deuces, a popular vodka-based U.S. Open drink. 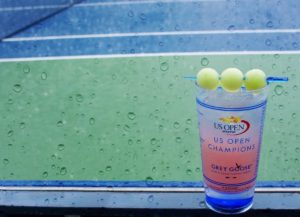 “Joining Andy Roddick’s experience of the U.S. Open will offer tennis fans an unprecedented way to bring the tournament to life in their own homes,” said Tom Swift, vp and brand managing director for Grey Goose.

“Spectators will be able to engage with both Andy and the exciting match play in real time, all while celebrating the 10th anniversary of the Grey Goose Honey Deuce, a vibrant and refreshing cocktail that is now recognized as an iconic accompaniment to the most anticipated sporting event of the summer.”

The campaign underscores how platforms like Twitter and Facebook are trying to take advantage of the increasing popularity of livestreaming. It will be interesting to see whether or not Twitter, Grey Goose and Chase pitch case studies after the tourney ends on September 11.