By Newsroom on March 9, 2016Comments Off on Guinness Aims to Add Stout Emoji in Celebration of St. Patrick’s Day 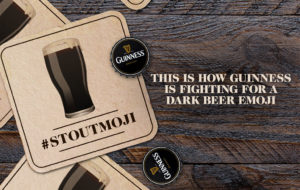 In an age when we can communicate almost every thought, emotion or action through tiny emoji, the brewers of Guinness have a question: What about dark beer? That’s why Guinness & Co. published this open letter calling on dark beer lovers to join the fight to bring a dark beer emoji to the world’s keyboards.

To Dark Beer Lovers of the World,

As long as humans have been brewing, there has been dark beer—from the ancient Egyptians to
Ireland’s Arthur Guinness to America’s craft brewers.

Today we enjoy more stouts, porters, and dark ales than at any time in human history. And in this
age of technological innovation, we have more ways than ever to share our experience with others.
But when it comes to communicating with tiny icons, we’re limited to two pale beer emoji. 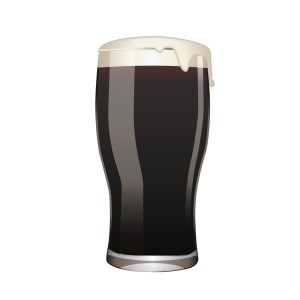 We know that you, dark beer lovers of the world, have noticed. We don’t live in a one-beer
world, and we deserve more than a one-beer keyboard.

That’s why we’ve submitted a proposal to the Unicode Consortium, the organization responsible
for emoji, asking them to release a dark beer emoji—or Stoutmoji, if you will.

One question on the submission form caught our attention: “Is the expected level of usage likely
to continue into the future, or would it just be a fad?”

A 5,000-year-old tradition is not a fad. At Guinness alone, we’ve been brewing dark beer
for more than 250 years—and we’re not slowing down.

It’s time to bring more beer to the emoji keyboard. And you, the dark beer lover, can help
make it happen. 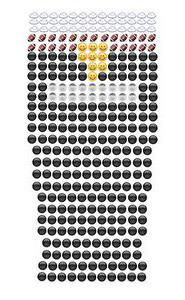 By showing the powers-that-be we’re serious, we can bring Stoutmoji to the world’s keyboards. There’s no time to waste … St. Patrick’s Day is almost here.

The Brewers of Guinness

Whether tweeting your support for #Stoutmoji, enjoying a new Guinness Nitro IPA or sipping on any Guinness beer with friends, the iconic Irish brewers ask that you drink responsibly this St. Patrick’s Day.

Guinness Aims to Add Stout Emoji in Celebration of St. Patrick’s Day added by Newsroom on March 9, 2016
View all posts by Newsroom →