By Newsroom on July 22, 2016Comments Off on Patrón Help You Find the Perfect Cocktail Using Your Amazon Echo 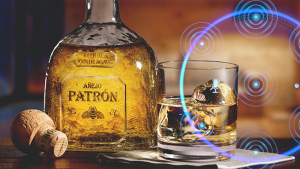 Are robots the new bartenders? Maybe not, but Patrón tequila is launching a web platform called Patrón Cocktail Lab that’s aimed at making at least part of the drinking process digital and eventually making buying a bottle of tequila as easy as turning on your Amazon Echo.

Patrón Cocktail Lab is initially launching with 168 cocktails with plans to add additional content monthly and is part of the brand’s ongoing effort to show how tequila can be used to make more than just margaritas.

“One of our focus areas has been on how do we better articulate and share the versatility of Patrón tequila—it can substitute in a gin and tonic, in a bloody mary,” said Lee Applbaum, Patrón’s CMO. “When we set about building this new part of the web, it’s built with very consumer-first, easy-to-search parameters for the perfect cocktail.”

As part of the launch, Patrón and Razorfish built a skill that plugs into Amazon Echo, the e-commerce giant’s voice-enabled system.

“Increasingly, consumers are using voice as a platform to engage with content,” Applbaum said. “Given the prolific rise of the Amazon Echo and Amazon being first to the market with the integrated hardware-software solution, there is a lot of buzz regarding it.” 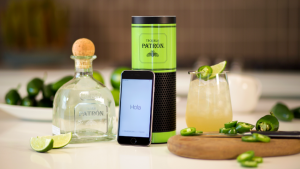 To start the experience, consumers first say, “Alexa, enable Patrón” to the smart device. From there, they can ask for a recipe recommendation based on flavour, occasion or season. The branded skill can also answer questions like, “How do I muddle a drink?” or “What can I make with tequila, club soda and limes?” It can also explain the differences between various types of tequila.

Alexa can even tell a few jokes. If you tell her you’ve had a few drinks, she may say something like: “OK, last round—and don’t drive home.”

Alexa isn’t a short-term bet for Patrón, though. Applbaum said data is going to play a big part in how the integration becomes more sophisticated in the future with personalized recommendations based on the types of drinks people like.

“What we envision in the very near future is [using] data feeds like the current weather, the type of food you’re cooking—much like how a sommelier would do for wine,” Applbaum said. “The more data that we can feed into it, the more useful and intelligent the tool can become.”

For instance, Alexa could recommend a cocktail recipe based on the events on a person’s calendar or the current weather. Or, it could recommend a specific drink that pairs well with food someone’s serving at a dinner party. 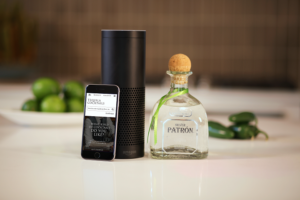 And e-commerce isn’t far off, either. Patrón doesn’t sell its products directly through Amazon, and the site’s own efforts with booze delivery right now are limited to a small test as part of its on-demand delivery service, Amazon Now.

But the brand is plugged into ReserveBar, which delivers premium alcohol to consumers. And Patrón envisions partnering with additional delivery apps—like MiniBar, Drizzly, Saucey—and grocers in the “near future.”

“That is the kind of capability that we absolutely intend to have online,” Applbaum said. “You can see down the line an integration with a grocer, as Amazon does today, where you could conceivably get all of the ingredients that you need.”

Patrón Help You Find the Perfect Cocktail Using Your Amazon Echo added by Newsroom on July 22, 2016
View all posts by Newsroom →