By Newsroom on March 21, 2018Comments Off on Paulig and Bob the Robot Imagine a World without Coffee in New Campaign

Marketing agency Bob the Robot together with Paulig, the largest coffee house in Finland, created a sustainability concept that shows the potentially dark future of coffee.

Finns love their coffee – in fact they consume the most coffee per capita in the world. The favourite beverage of many is currently, however, under threat due to climate change.

Coffee requires specific conditions to flourish and grow and is highly sensitive to any changes in the surrounding environment. According to current calculations, coffee could become almost extinct by 2080. 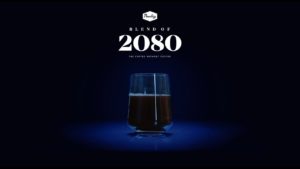 Sustainability is something that the majority of coffee brands support and actively take part in, but the Blend 2080 campaign was made to stir actual discussion about the future of coffee. The question we wanted to answer was: what will we be drinking if coffee goes extinct?

Blend 2080 was developed in collaboration between the internationally renowned coffee expert Matt Perger and Paulig’s own team of experts. The team of six worked hard to imitate the subtle taste of coffee. After numerous rounds of trial and error, the Blend 2080 was found through a combination of malt, dried figs, fermented Pu’er tea and carob bean powder.

“We did our best, but good coffee is impossible to produce without coffee. With more than 800 aromas, nothing beats the taste of real coffee,” said Matt Perger.

Blend 2080 shows us a glimpse of the future of coffee that no one of us wants to see. This future, however, can be avoided. This specific blend was produced so that people could taste it, for the first and last time, and never be made again. Through Blend 2080 Paulig wants to ensure that we all stand for the brighter future of coffee.

Paulig and Bob the Robot Imagine a World without Coffee in New Campaign added by Newsroom on March 21, 2018
View all posts by Newsroom →