By Newsroom on March 27, 2017Comments Off on Snickers and Gay Star News Unite to Help LGBTI People ‘Be Who You Are’ 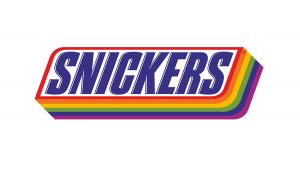 Snickers and Gay Star News have launched a campaign to help LGBTI people ‘be who you are’.

Gay Star Support, a new part of the Gay Star News site, will provide resources for anyone in the community who is struggling.

It will tell stories of LGBTIs who have been through tough times and now want to help others. Snickers is sponsoring Gay Star Support and will use its online advertising to send the message to everyone that they should ‘be who you are’.

Mitch Oliver, UK Vice President of Marketing for Mars Chocolate UK, said: “We want to promote friendship and the support network we all give each other. That’s what the Snickers brand stands for; good friendship, camaraderie and being the best version of yourself. We all know Snickers tells us “you are not yourself when you are hungry”. Now it will tell us “your friends will accept you whoever you are, in all your colours”.”

Tris Reid-Smith, Editor-in-Chief of Gay Star News, said: “LGBTI people face specific issues like coming out or overcoming hate. And like everyone else, we have relationship ups and downs, problems at school, work or home, body issues and more. Gay Star Support will provide inspiration from people who have gone through this, useful advice and a list of places to turn if you are struggling. If our work with Snickers and Mars helps just a few people be their true selves, it will be worth it. But our dream is to inspire everyone to support their friends. That way we can make a real difference not just to LGBTIs but to the whole community.”

With LGBTI mental health now a major concern in the community, the initiative has been welcomed by the Equalities Minister and the Mayor of London.

Minister for Women, Equalities and Early Years, Caroline Dinenage, said: “No one should be held back simply because of their sexuality or gender identity. We want a society where everyone has a fair chance to go as far as their talent and their hard work will allow. This Government is committed to tackling historic injustices which have affected far too many people. Hubs such as Gay Star Support play such an important role in society. I am thrilled that it will give people a place to feel supported, share experiences and ultimately celebrate their identity.”

The Mayor of London, Sadiq Khan, said: “I’m am proud that London is home to one of largest, most visible and diverse LGBT+ communities in the world, and I want the city to be a place where LGBT+ people feel truly valued, healthy, happy and safe. I’m pleased to see Gay Star News launching this great initiative, helping people to share their own experiences and break down the stigma around mental health.”

Snickers and Gay Star News Unite to Help LGBTI People ‘Be Who You Are’ added by Newsroom on March 27, 2017
View all posts by Newsroom →