By Newsroom on March 29, 2018Comments Off on Has Ronaldo Turned Argentinian? “Fenomeno” Stars in New Snickers Global Campaign 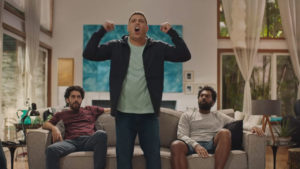 On Tuesday, March 27, Ronaldo, “o Fenômeno” (the phenomenon), was caught cheering for Argentina – Brazil’s historical football rival – at an exhibition game against Spain, in Madrid. This unique scene is part of a Snickers campaign – bringing together one of the best-selling chocolates in the world – and one of the greatest football players of all time.

Ronaldo launched the campaign on his social media profiles by posting a film earlier on March 28. It starts with Argentinian fans watching a soccer match on TV. What surprises everyone is that Ronaldo is cheering among them. When he notices the confused people around him, he eats a Snickers, satisfying his hunger and returning back to normal, getting pissed off by the happening. 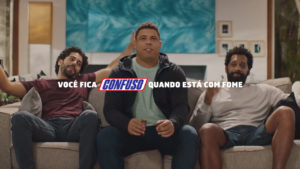 “This exciting new campaign builds on Snickers’ unique sense of humour, reinforcing our global ‘You’re not you when you’re hungry’ platform. This campaign brings to life one of our main objectives: bringing exclusive experiences to our consumers and showcasing why Snickers is one of the world’s most beloved brands; which is why more than 50 lucky Snickers fans will have the unforgettable opportunity to meet Ronaldo in-person,” says Oduvaldo Viana, Mars Inc. Marketing Director, in Brazil and leader of the global project.

Kicking off this week, this campaign will take place through July 2018. To participate, consumers 18+ are encouraged to register codes present on product packaging in 50+ countries across 4 continents: America, Europe, Asia and Africa to win the chance to meet Ronaldo in Brazil in October.