By Newsroom on January 10, 2018Comments Off on isobel’s Jamie Williams Highlights Seven Beer Trends to Prepare for in 2018 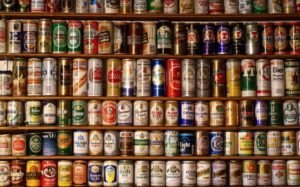 The UK’s beer market has transformed in recent years. Even though consumption is down, we are spending more on beer – an extra £44.5m in 2016 – and this has created a renaissance in brewing. The number of breweries in the UK has risen by 65% since 2011. There are now more than 1,700 of them, more per capita than any country in the world.

It’s not just growth; what they produce is changing dramatically. Flavour, innovation, variety and, of course, image and brand are no longer just for beer geeks and hipsters – look in any supermarket, pub or bar and craft is now very much part of the mainstream.

But what next? In any market that is changing as rapidly as the UK’s beer market, competitive advantage belongs to those who are able to spot the next trends and to creatively transform their products, offerings and marketing in response.

So, having spoken to some of the leading beer industry figures, here are my thoughts on the seven trends that no beer brand can afford to ignore in 2018. 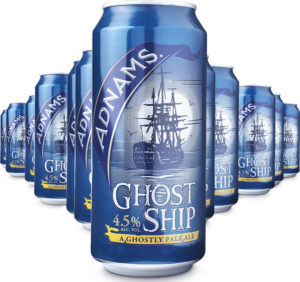 The new wave of smaller breweries has led to a period of diversification and innovation. “Smaller breweries can be fast and nimble with new products and stay way ahead of big brands,” say Alex Bull and Chris Mills, founders of By the Horns from Tooting, in South West London.

Yet the bigger brands are increasingly keeping up with this trend. “You can’t sit still and rely on your tried and tested products and flavours,” says Fergus Fitzgerald, Adnams’ Head Brewer. “You need to stay relevant and constantly adapt.”

Whilst the likes of Marston’s and Greene King have always been able to rely on an extensive network of pubs for their distribution and sales, Suffolk brewer Adnams has not been able to depend on its real estate in the same way. Instead, it has had to diversify and innovate. Adnams Ghost Ship pale ale is only five years old, but is already its biggest seller by far.

In 2018 drinkers will look for ever more imaginative beers, and beer brands need to be thinking about how they can satisfy this thirst.

Trend 2: The Ubiquity of ‘Craft’ 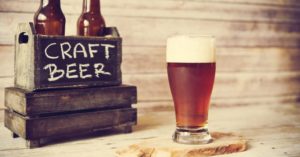 When Carlsberg was delisted by Tesco, its response was to go back to its Danish roots. In doing so, Carlsberg repositioned itself as ‘the original craft brewery’, launching its own craft beer portfolio, creating a ‘craft beer handbook’ and buying London Fields Brewery, a small independent brewer with a cult following.

They are not the only ones on this bandwagon. Diageo-owned Guinness has its own craft lager, Hop House 13, as well as a series of other niche beers, including Dublin and West Indies Porters, and a new Golden Ale. AB InBev has bought ten craft breweries, while SAB Miller has bought, and sold, Meantime.

Fuller’s has recently included ‘crafted’ on its new London Pride bottle design. And now even Fosters has adopted the word ‘craft’ on its packaging. Given BrewDog doesn’t actually do this, we can safely assume the true ‘craft’ moment has passed.

Beer brands in 2018 will need to look beyond this now tired mantra to find a fresh way of engaging consumers. 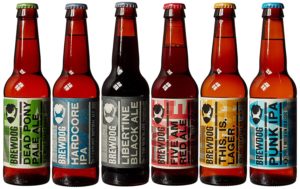 BrewDog is the brand all look to emulate in this sector. Yet some make the mistake of imitating its provocative attitude and punk tone of voice, rather than finding their own way to creatively transform the sector. The real ale brand Banks’s could be accused of slightly uncomfortable me-too branding.

Trying to simply replicate beer styles can also be difficult. As Sarah Warman, Global Marketing Director at BrewDog, says: “There is a fair amount of bandwagon brewing in the UK, and with a lack of knowledge for what great beer is and how it should be stored and packaged, it’s easy for these beers to penetrate the market.”

The challenge for other beer brands in 2018 is to find their own way to shake up the sector and attract attention in the way BrewDog has done – without simply copying them. 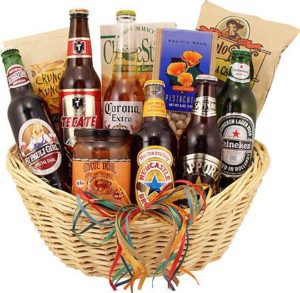 Gifting has long been a major driver of sales in the spirits and wine categories. In 2018 we will see it become more of a feature of the beer market. This is driven by several factors. There is the emphasis on quality over quantity, and the increased willingness to give a new flavour or style of beer a go.

There is the trend toward consumption at home rather than in the pub, bar or club, with consumers treating themselves to a few special beers for the weekend. Then there is the retailers’ influence: where once they had slabs of lager hidden in the corner of the store, now they prominently display beautifully designed individual bottles.

There is significant opportunity for beer brands to become more ‘giftworthy’ through product innovation, packaging development and communicating quality.

The past decade has seen remarkable product innovation in this sector with drinkers’ palates now embracing far hoppier and fruitier beers than seemed possible a short time ago. Much of this has been driven by pale ales and IPAs, but 2018 may see that innovation take a fresh turn.

We may see the rise of sour beers, porters, double-hopped beers, tart berry-accented Berliner Weisses or fruit juice-enhanced IPAs. BrewDog’s 0.5% ABV Nanny State is already its fourth biggest seller, and the trend towards low- and no-alcohol beer may be one to watch. At the other end of the spectrum we are also seeing a resurgence in higher-alcohol beers, such as stouts at 8-9%. The old image of the super-strong Belgian beer gathering dust at the back of the cupboard is less and less relevant.

The most successful beer brands in 2018 will be looking to get ahead of these trends. They will be thinking imaginatively about what their consumers want and then delivering flavours that will surprise and intrigue them. 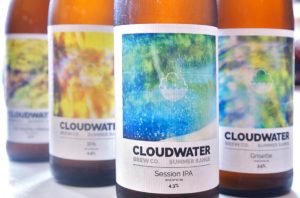 From the sulphuric waters of Burton-on-Trent, for a long time the heart of Britain’s beer industry, to the Cornish success stories, Doom Bar and Tribute, to the more recent urban cool – think London’s Camden Town and Brixton or Cloudwater from Manchester – provenance has long been important to brewing.

In 2018 we can expect to see this trend continue but with less obvious locations. We will see breweries from beyond the traditional beer heartlands, rural idylls or edgy urban centres starting to use their location to tell a story about their provenance and attract new drinkers. 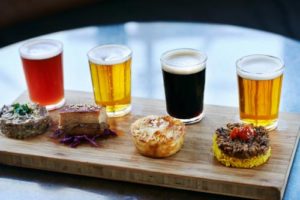 Beer fits in well to the new style of eating out in informal, at-bar, or shared-table scenarios. Where a few years ago restaurants would have stocked standard Continental lagers, today they are far more likely to offer diners a high-quality local beer.

In 2018 beer brands can look at how they can compete effectively against wine. How to communicate this positioning to consumers? How to highlight good food pairings? There is opportunity here for the brands that seize it. 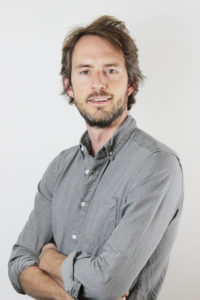 Beer has grown so fast in recent years that many are predicting a slowdown. Yet, look at how the new wave of beer is growing from its base in Britain, Germany and America to become a global phenomenon, with new beers and drinkers in countries where the drink was previously scorned, and you can see the opportunity ahead.

Indeed, for brands that understand the trends in this sector and act to take advantage of them, 2018 will not be the beginning of the end, but simply the end of the beginning of an exciting new era for beer.

After a spell in New York’s film production industry, Jamie Williams cut his teeth at advertising agency J. Walter Thompson, before moving on to DLKW Lowe and M&C Saatchi. He then joined London agency isobel in 2012 as Partner.

isobel’s Jamie Williams Highlights Seven Beer Trends to Prepare for in 2018 added by Newsroom on January 10, 2018
View all posts by Newsroom →