By Newsroom on March 7, 2018Comments Off on Not Surprisingly, Lack of Snickers Leads to Uncomfortable Moments in Brand’s New Ads

Snickers is giving almond and peanut butter versions of its candy bar the spotlight in two new ads that stick with its “You’re Not You When You’re Hungry” messaging.

In “Ahmend,” viewers see two guys in a car. The passenger has a Snickers Almond and clearly loves all things almond. He keeps discussing almonds, and even notes how his girlfriend has almond hand soap. But he pronounces almond as “ahmend” and each time he says “ahmend” his driver friend gets more and more agitated. Ultimately, the driver can’t take it anymore and finds a way to remove himself from the situation.

In “Confession,” a man admits to an increasingly odd list of sins, including having feelings for his stepmother. Soon, though, it’s clear that he’s not speaking in a church confessional. He’s the meter reader, and his client is waiting. 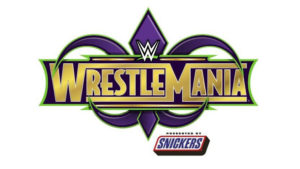 The ads come as Snickers prepares to return as the exclusive presenting partner of WWE’s WrestleMania. Custom content debuting later in March is being developed by BBDO New York and produced by WWE, featuring WWE stars and Snickers’ “You’re Not You When You’re Hungry” theme.

Other plans include a sponsored Instagram story on the WWE Instagram page on April 8, the day of WrestleMania 34. Snickers says 2017’s WrestleMania presenting partnership led to nearly 3 billion impressions for the Mars candy brand across WWE’s platforms.

Not Surprisingly, Lack of Snickers Leads to Uncomfortable Moments in Brand’s New Ads added by Newsroom on March 7, 2018
View all posts by Newsroom →