By Newsroom on May 16, 2018Comments Off on Rak’n’Roll and Grey Poland Team to Launch a Beer That Helps Get Thru Cancer

Ever since its beginnings, the Rak’n’Roll charity foundation has been working towards the improvement of the quality of life of cancer patients. However, collecting money for charity is hard and occasional. That’s is why the Rak’n’Roll decreased its income by 20% in 2017. 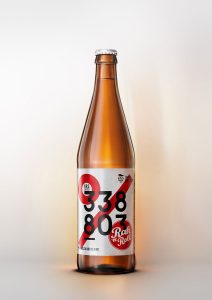 Grey Poland together with local brewery made a new beer brand and turned it into a self-sufficient donation engine. There were 1500 bottles, and with each sold bottle a donation of 50 Eurocents was made to the foundation. Remaining income was spent on brewing the next batch of beer.

Furthermore, the beer name is the registered charity number. If you add it to your tax form, donation will be transferred to Rak’n’Roll. Before the end of the tax year we already gathered 50% more tax based charity donations than in 2017.

The conceptual and creative partner of the campaign is Grey Poland. Other companies involved in the campaign: Cohn&Wolfe, Shootme, Wołowski & Partners Studio, IndaHash, Lettly and MediaCom. 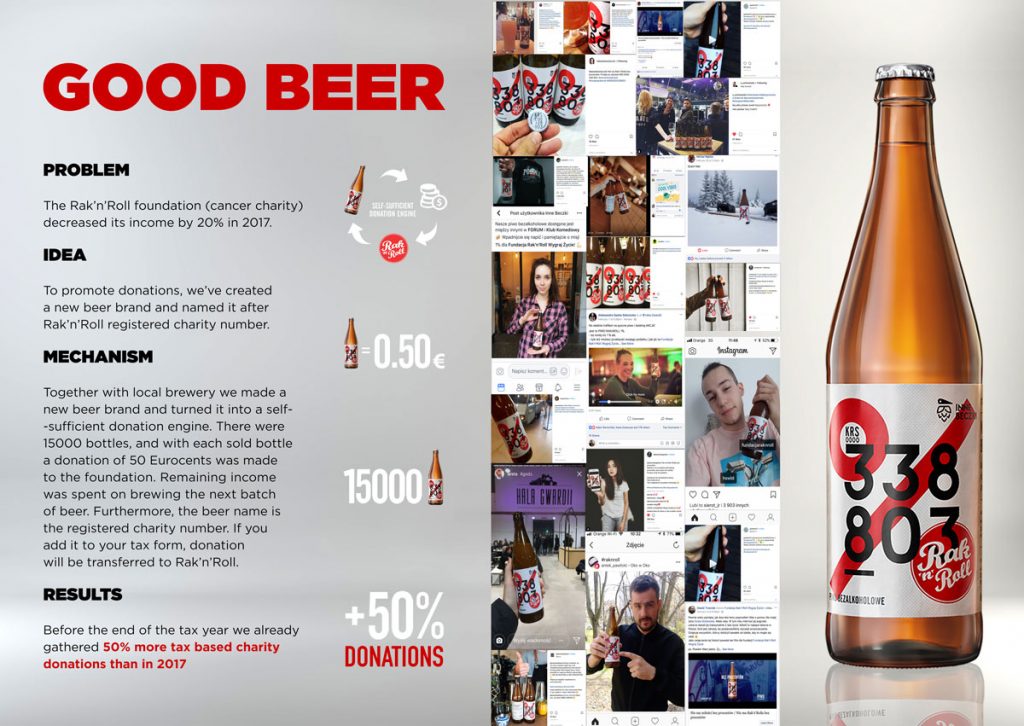 Rak’n’Roll and Grey Poland Team to Launch a Beer That Helps Get Thru Cancer added by Newsroom on May 16, 2018
View all posts by Newsroom →