By Newsroom on May 12, 2018Comments Off on PepsiCo Latin America ‘Refresh’ 7Up Campaign With Impero 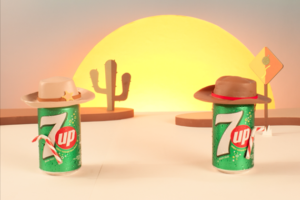 campaign has been rolled out on the brand’s Instagram and Facebook channels across Latin America and consolidates on the success of the previous ’7Up vx El Calor’ or ‘7Up vs the Heat’ campaign. Divided into four concepts, each with eight short pieces, the 32 videos and GIFs will be launched onto 7Up social channels across eight markets: Colombia, Venezuela, Uruguay, Mexico, Chile, República Dominicana, Perú and Argentina.

Pepsico marketing manager of the flavours division, Alfredo Della Savia, said: “We needed a concept that reflected the values of the brand, and that was broad enough to create several pieces of content that the region could incorporate into its local calendars. We liked the ‘RefresCosas’ campaign because it showed off our brand without falling into the classic ‘photo-product’ trap, and allowed us to improve our channels’ engagement across the markets.” 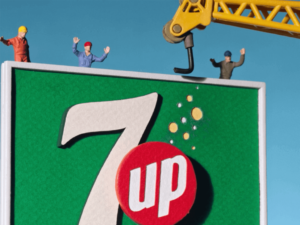 who runs the Impero office in Argentina, added: “Refrescosas is probably the work that best reflects the strategic thinking behind everything we do – short, punchy and beautiful. That was our intention for this project, and fortunately something that the client understood and agreed with from day one.”

Impero opened offices in Buenos Aires in 2016, with PepsiCo as the first client for the agency in the LATAM region.

PepsiCo Latin America ‘Refresh’ 7Up Campaign With Impero added by Newsroom on May 12, 2018
View all posts by Newsroom →